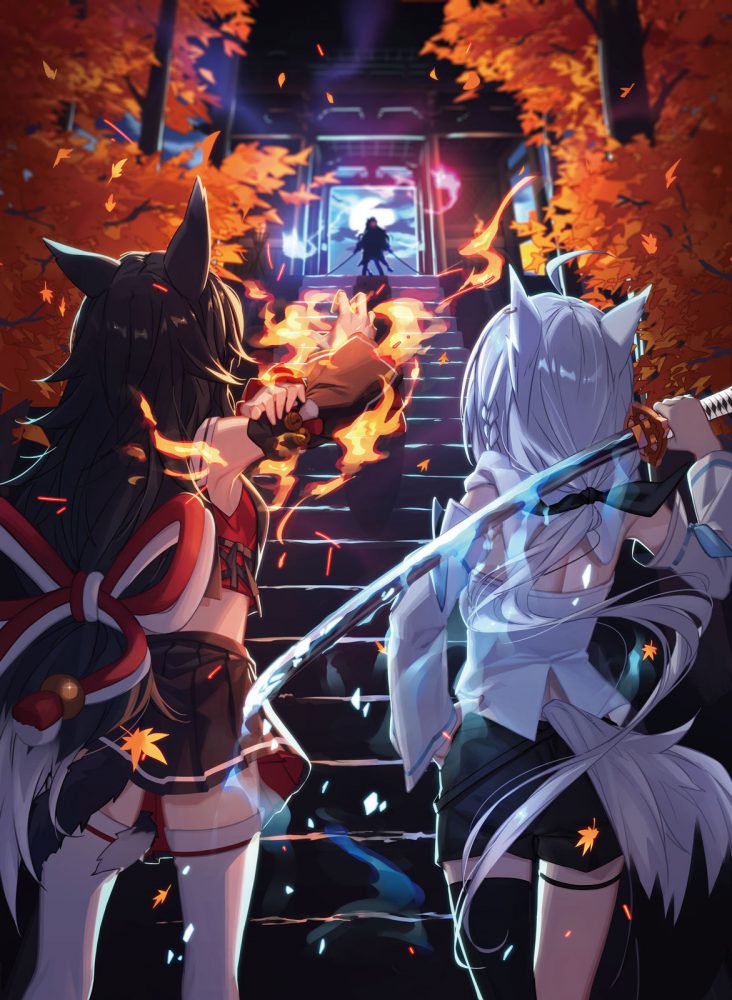 I am afraid that I cannot, as a point of pride, allow either of you to pass.
So murmured the owner of the shadow.

As of late, there have been rumors afoot in Kyo-no-Miyako, telling of mysterious disappearances. According to Kyubi, “Quite a few children have been spirited away.”

A bit of investigation reveals that an oni who lives in an abandoned temple in the Oeyama Mountains has been abducting the children.

“Well, we’ll know the truth once we go see for ourselves.”

And so, as casually as an after-meal stroll, the black and white pair boldly strode into the grounds of the temple, which looked awfully new for being “abandoned.”

According to later accounts, their fierce battle with the oni girl who came to intercept them lasted a day and a night.

“Well, in the end, it turned out half of it was a misunderstanding…”